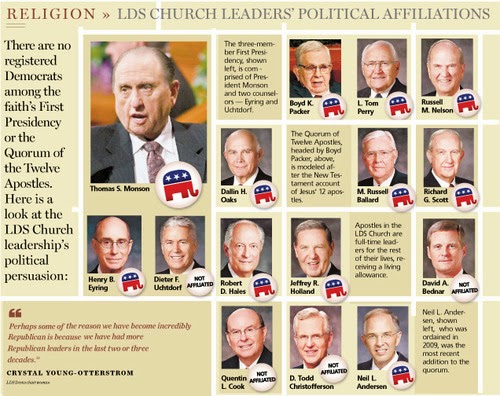 The LDS Church uses a special definition of political neutrality (i.e. not officially endorsing any political party or candidate) and claims to moral duty as a smoke screen to get involved in politics on an institutional level without ever gaining consensus from its general membership. 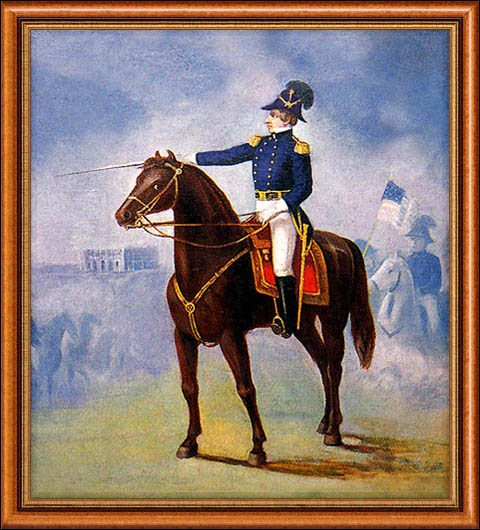 The LDS Church has, since its earliest of days, engaged directly in political issues. By the Church's own preferred version of the story, the establishment of the Church was a reaction to the politically contentious religious atmosphere of the early 1800s New England. Many of the early Church's problems with neighbors were a direct result of the tendency for Mormons to vote as a solid block. Joseph and Hyrum Smith's death was cause to introduce an oath of vengeance against the United State into the endowment ceremony. Brigham Young ran the state of Utah largely as a theocracy and today in Utah the state government continues to bend to the religious directive of the Church rather than to civic responsibility. The Church openly opposed desegregation. The Church organized its Relief Society against the Equal Rights Movement. The Church invested millions of dollars to oppose Proposition 8, tried to fight marriage equality in Hawaii, and continues to support opposition to marriage equality in Utah. How can the LDS Church claim political neutrality when it has been involved in these issues and thousands upon thousands of other actions taking place on all levels of politics, from neighborhood to city to county to state to federal to international? 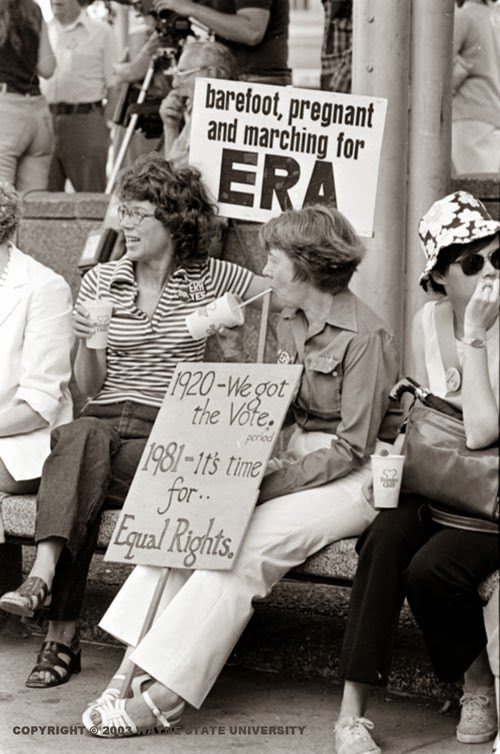 Doesn't political neutrality mean you refrain from taking sides on a given issue? The LDS Church is obviously unable to simply let its members determine their political convictions on their own, opting instead to lead them out on the conservative war path. The Church's claim of neutrality is deceptive and wrong, but I can think of a way the Church could justifiably get involved in politics: hold a Church-wide vote involving all members wherever they may be in the world and gain unanimous support before taking action. 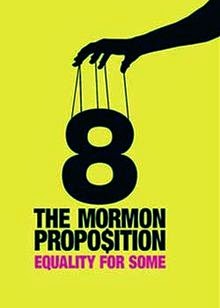 However, if the LDS Church took action only after a unanimous vote in favor, as is required for the establishment of official Church doctrine and proclamations, there would be no chance in hell that the Church would reach the consensus to mobilize in a single direction on a given issue. No wonder our leaders don't ask our opinion on political matters.
Posted by Abraham at 7:24 AM